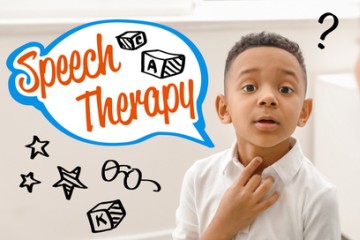 Articulation is a product of speech sounds created by movements of lips, tongue and jaw, as well as the vocal cords. An articulation disorder is mispronunciation of speech sounds, such as sound substitutions, omissions, distortions, and additions. Most children make mistakes while learning to pronounce new words.

What is Articulation Disorder

Speech sound disorder, when continuing over a certain age, produces mispronunciations. Every pronounced sound becomes different depending on the kids’s age. Especially, when a child should make the sound correctly. Not addressed during early years an articulation disorder may carry on into adulthood.

Articulation disorders differ from phonological disorders, however, they can occur together.

Here are some examples of articulation and phonological disorders:

Based on kid’s age a speech-language pathologist can assess and determine if a child has an articulation or phonological disorder .  Comparing the type and quality of speech errors with statistical norms provides a good assessment of a child’s speech production by what is expected of the child at his or her age.

Treatment for articulation and phonological disorders centers on teaching the difference between correct and incorrect sound productions, correct placement of the articulators and practicing the sound in words, sentences, and, ultimately, in spontaneous speech.